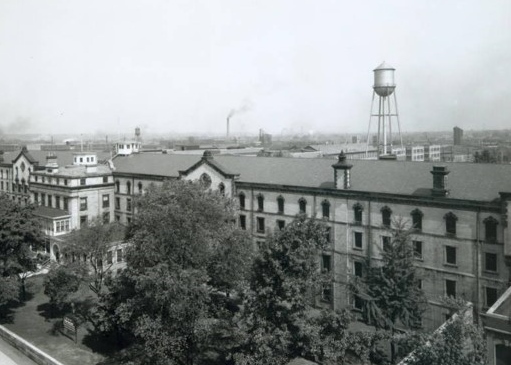 The Ohio Penitentiary in the 1940's

First erected in 1813 at the corner of Main and Second streets, the state penitentiary in Columbus was a three-story brick structure with 13 cells. A new three-story building was built on the same site in 1818. By 1830 the state penitentiary proved inadequate. In 1832, the legislature approved building a new penitentiary capable of holding 500 convicts. The building was constructed on Spring Street in 1834. In 1885 the Ohio Pen became the location for all executions, which previously took place in the various county seats. In April 1955 it housed an all-time high of 5,235 prisoners. Most prisoners were removed from the prison by 1972, following completion of the Southern Ohio Correctional Facility. The Ohio Pen was closed in 1984. The site was abandoned and remaining buildings were demolished in 1997.

Women were also incarcerated in the Ohio Penitentiary until the Ohio Reformatory for Women was opened in 1916.

We hold the following Ohio State Penitentiary admission records and photographs of inmates:

Arranged chronologically by prisoner number. Records between 1829-1938, there is a name index at the beginning of each volume of records. For the records between 1938-1973, there are separate index volumes.

From 1839 - July 12, 1913, each record consists of a single line entry extending across three consecutive double page spreads. The entry lists:

On the first two pages- Inmate name (including aliases), length of sentence, term of court, county sentenced, crime, admission or serial number, date received, date of expiration of sentence, and how and when discharged.

From July 16, 1913 - 1973, each record consists of a single line entry extending across a two page spread. Social information is no longer included. The entry lists: 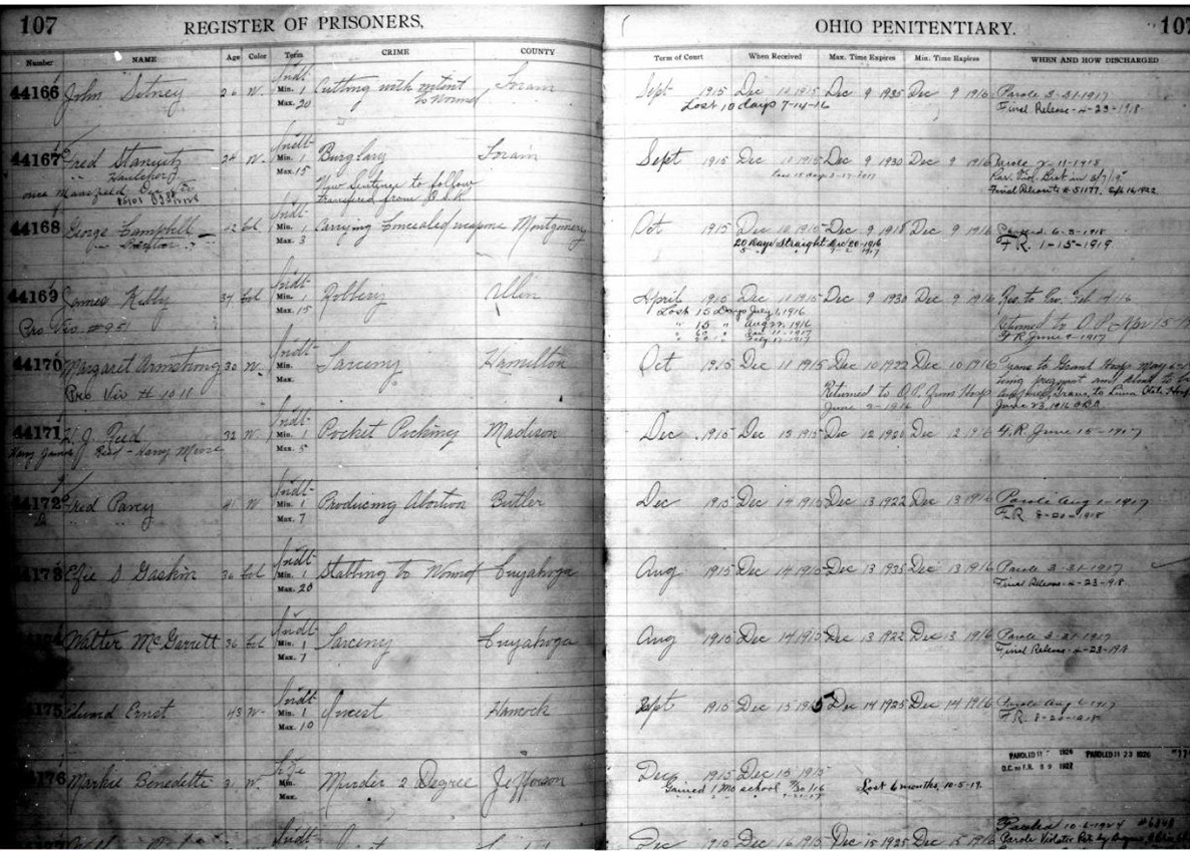 PLEASE NOTE: There are gaps in the collection and there is not a card with photograph of every inmate.

The collection consists of individual cards for each prisoner which include photographs, height, age, weight, color of hair, state of birth, and several Bertillon system measurements.

The Bertillon system of identification of criminals was based on the measurement of certain bony lengths of the body and was used before fingerprints. It was invented by French anthropologist Alphonse Bertillon, and was adopted by the Ohio Penitentiary in 1887. 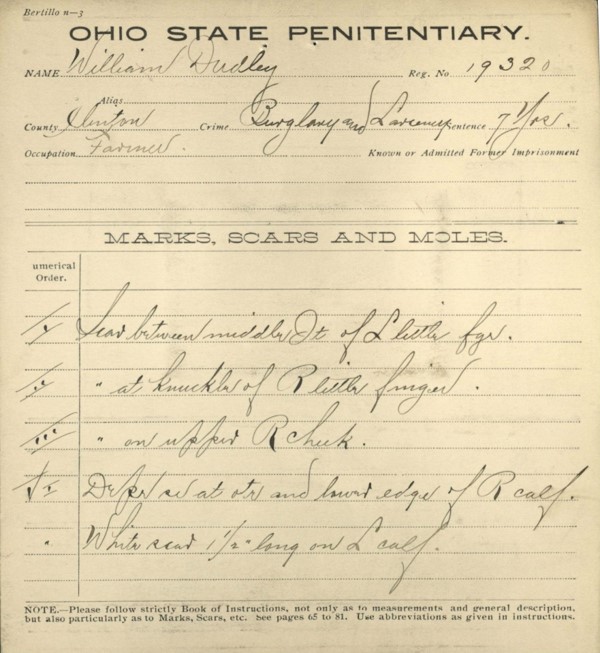 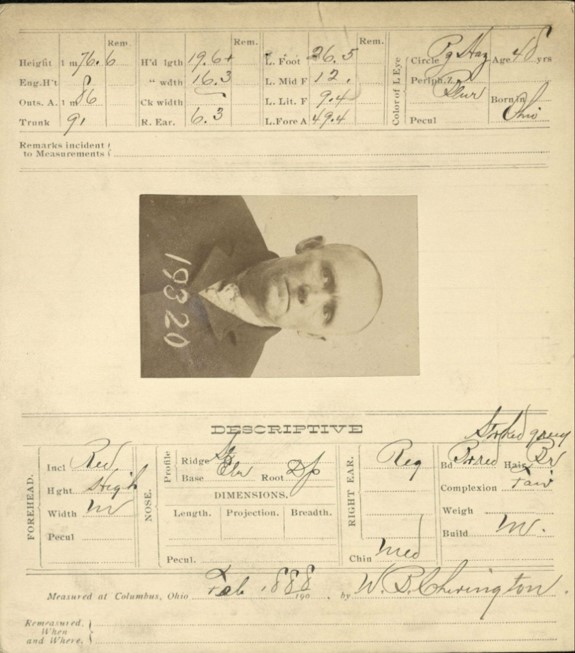 Back of card with photograph of inmate

We hold the following indexes to the Ohio State Penitentiary admission records:

The Register volumes 1829-1938 contain a name index at the beginning of each volume of records. For the years 1938-1950, there are separate index volumes. Please link to catalog record above to identify period covered and inmate records contained in each volume.

Additional materials such as books and pamphlets:

To search for all materials we hold on the subject of the Ohio State Penitentiary, please search our Online Collections Catalog below.

The online catalog for our archaeology, history and natural history museum objects is currently is under construction. We will be launching a new site to search these collections soon.