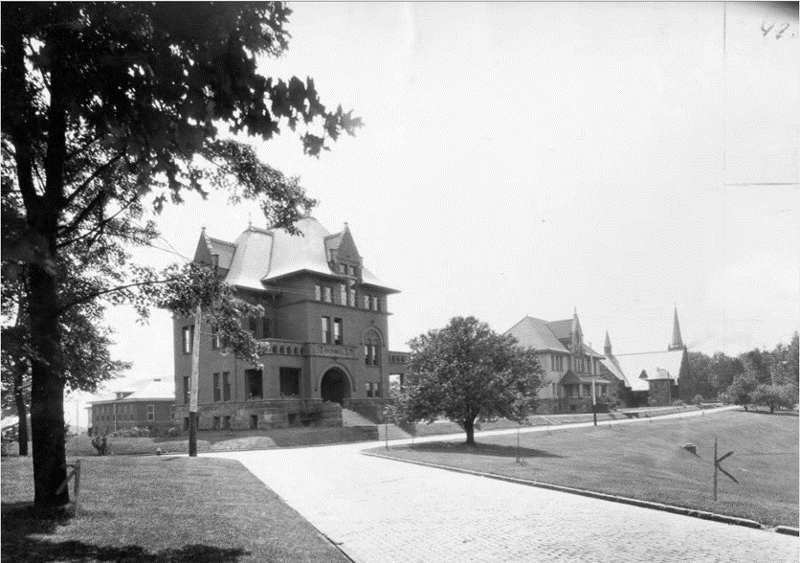 The Ohio Boys' Industrial School circa 1940

The establishment of the Ohio Reform Farm (or school) was authorized by the Ohio General Assembly on April 7, 1856 and a law enacted April 17, 1857, outlined in the detail the organization of the farm. Located on 1,170 acres five miles south of Lancaster, Ohio, the Reform Farm was the first institution in the United States to be operated on the cottage or "family" plan rather than the "big-house" system. Each "family" of 40 boys, who ranged in age from ten to eighteen, was supervised by an Elder Brother. The school was governed by the Board of Commissioners until 1911. At that time, control was given to the newly created Ohio Board of Administration, which in turn created a Bureau of Juvenile Research in 1913. In 1921, this bureau was transferred to the Department of Public Welfare, and in 1954, to the Department of Mental Hygiene and Correction. In 1963, the Ohio Youth Commission was created and assumed control of the Boys' Industrial School. The school ceased to operate as a juvenile reformatory in July 1980. It was converted to a medium security prison (Southeastern Correctional Institution) for adult offenders and placed under the supervision of the Department of Rehabilitation and Correction.

Contain the following information: name and parentage (birthplace, date received, parents' names and occupation); commitment (offense, by whom committed); education (including Sunday school for some years); health and special marks; employment (including parents' occupations for some years); and miscellaneous (bad habits such as tobacco, profane language, intoxicants, truancy; and remarks on discharge). Beginning in 1913, the form of the entries changed to one page per boy, and added more information, such as previous commitments and family data. 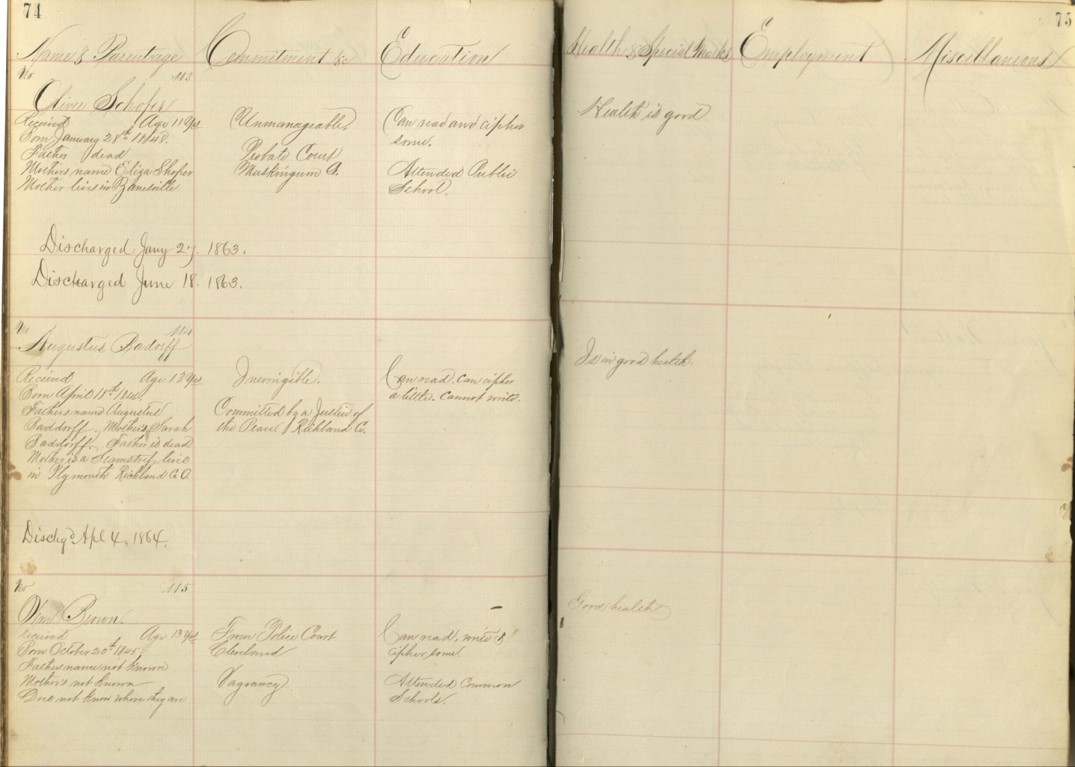 Other primary source materials we hold relating to the Ohio Boys' Industrial School:

Additional materials such as books and pamphlets we hold relating to the Ohio Boys' Industrial School,

To search all of our databases, enter the words Ohio Boys' Industrial School in the search box of our Online Collections Catalog.