Skip to Main Content
It looks like you're using Internet Explorer 11 or older. This website works best with modern browsers such as the latest versions of Chrome, Firefox, Safari, and Edge. If you continue with this browser, you may see unexpected results.

Prison admission records generally include the inmate's name, serial number, offense/crime, sentence, date of admission, date of discharge, and limited biographical information. Our holdings and the information contained in each collection vary depending on institution.

There is no comprehensive index to the names of inmates imprisoned in Ohio juvenile and correctional facilities from 1829-1973. One must search by individual prison. If you know a person was incarcerated during a certain time, but do not know in what prison, the U.S Federal Census may be helpful in identifying that information. The individual will often be listed as a "prisoner" in the 'relation' column of the census record. The institution will be named at the top of the record. See example below of record of some of the persons incarcerated in the Ohio State Penitentiary at the time of the 1900 census.

Note: the term "inmate" was often used in the census records for persons living in an infirmary or mental health institution. 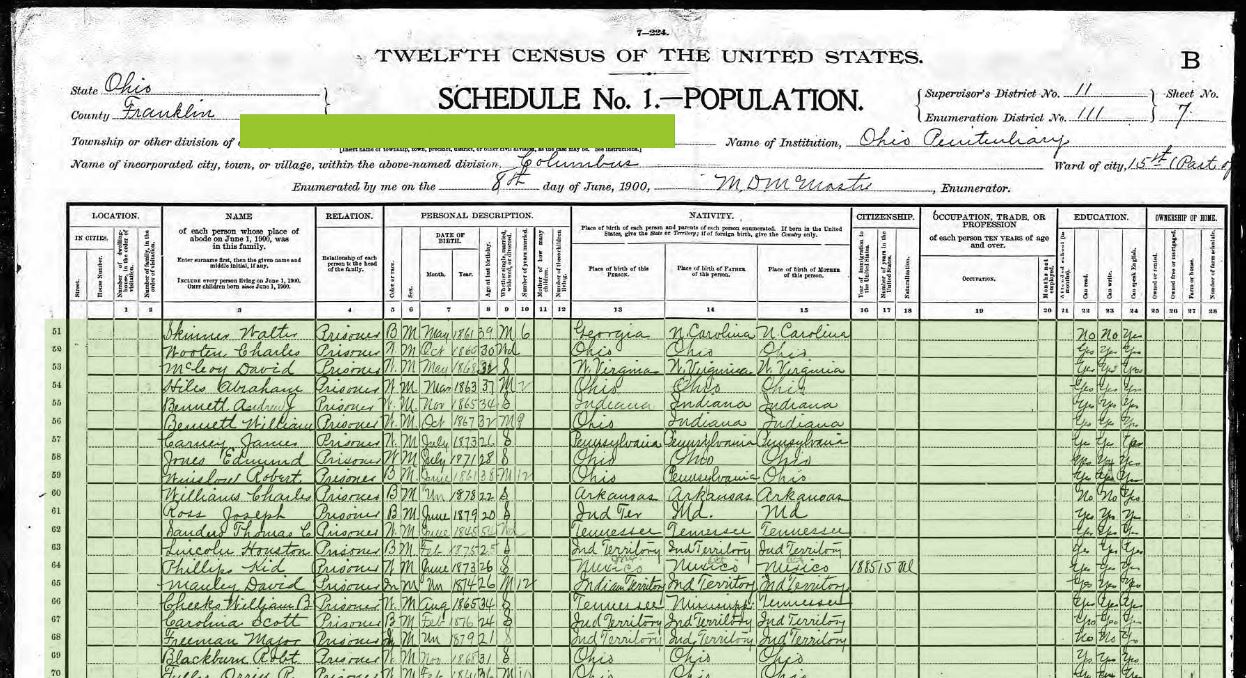